The Role of Preparedness in Ambulance Dispatch

You are here:
Blogs 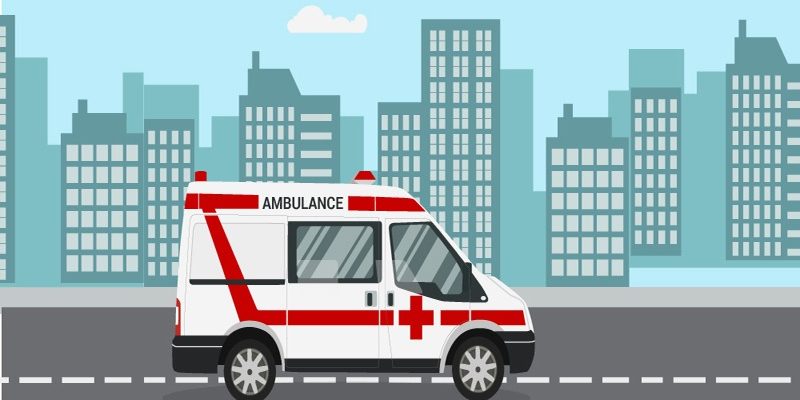 Disaster response tackles operations intended for humanitarian safety utilizing the various community resources – from transportation, medical providers, structural engineers, and ambulance dispatchers. Hospitals inherently have an equally critical role in the larger picture of risk management; it is the foreground of medical care. In disaster mitigation, every department portrays a part that connects one to the other, fulfilling the goal of delivering assistance to those in need.

Response time is an acknowledgement significant in ambulance dispatching, which measures performance for how quickly a team responds to a distressed call. One commonly used dispatching rule is to forward the available unit in the call site’s vicinity. Dispatching the closest unit allows the service to reach the area at a minimal response time. The incoming calls’ response time may escalate if the nearest ambulance’s location has a high call rate. When that happens, the area becomes unprepared.

The Role of Preparedness

Not too long ago, a dispatching algorithm established based on the concept of preparedness was proposed. Rather than minimizing each current response time, the algorithm calculates future calls by a quantitative analog. The deliberation in the preparedness of ambulance dispatching can give remarkable benefits for decreasing response time, but only when it is applied right.

The Role of Emergency Ambulance Dispatchers

Disaster response teams affirm that during emergencies and calamities, the incident site must be maintained and controlled, local providers involved, and effective communication required. The emergency ambulance service must respond to severe illnesses or injuries caused by a disaster. Since there is no arrangement as to which call the ambulance crews should prioritize, they must answer immediately to whichever one goes through first.

Ambulance dispatchers provide basic over-the-phone medical instructions when necessary before emergency personnel appears on the scene. They also advise callers on how to remain calm and safe while standing by to wait for the needed assistance. Ambulance emergency dispatchers monitor police, state fire, and ambulance units linking other communication sectors when the situation demands it. They must also record detailed information on all calls they receive. The data are collected through phone and documented on a computer – such as the nature of the incident, caller’s personal information, and other essential facts.

As a result, calls are accommodated on a first-come-first-served basis regardless of the nature of the complaint and where the calls came from. Thus, hospitals on their end must be ready to receive patients. For ambulance dispatchers to respond productively, hospitals must secure ties with incident command at a collective manner and be prepared to handle transitions between departments and levels.

Good communication is what makes the disaster response functional among the community services that it comprises. Few of the responsibilities that they must perform include ensuring that patients will be dropped to the closest and most appropriate hospitals, to not overwhelm hospitals with the patients they bring in, to alert hospitals for in-coming patients accurately, and to guarantee that resources will be available throughout the response.

However, there is a weakness in communication; a discrepancy, considering the current division of emergency care. In the 70s, ambulance dispatchers were clerks. The dispatchers were at the lowest rank in the order of public safety. Most were untrained; others had a few in-house orientations. The system did not provide continuing education.

Most communications centers are equipped with radio and telephone communications, digital mapping systems, computer-aided dispatch systems, and multiple fall back systems. These resources help personnel monitor the availability status of emergency departments and know which hospital is open. Thus, helping patients receive medical attention who are in need of critical care and making sure that patients are properly distributed according to the care they seek.

The Future of Ambulance Dispatchers

Dispatchers back in the days, couldn’t give accurate information due to the lack of training. Because of this, they were referred to as the black hole of the public safety space. With better tools and innovation, dispatchers can now provide information for the responders, including emotional support, to ensure everyone’s safety both mentally and physically. Communication centers are currently developing better protocols to assist ambulance dispatchers in being more useful – provide active information, what to do, and what not to do. Things can get worse if dispatchers tend to say the wrong things.

More and more dispatch centers are using quality assurance to get higher compliance levels, more accurate decision-making, and, based on that, they are becoming accredited, which sets up a perpetual quality assurance system.

The dispatcher is the jewel upon which the watch of public safety turns. Ambulance dispatchers are the lifeline and the first link in the chain of evaluation and care. It’s essential in terms of response—the problem, where to solve the problem, how to solve it, and how fast it can go. It all has to be measured by the dispatcher.

Talk to us right now. Request a consult here.

These Companies in the Philippines Can Effectively Generate Leads for Your Business
July 5, 2021

The 5 Best Mobile Payment Solutions for Your E-commerce Store
October 19, 2020

Search
OBTV Latest Episode
Contact us!
Do you have any questions or recommendations? Give us your message and we will get back to you as soon as possible!
Go to Top